Meet One of Seattle’s Next Hot Chefs 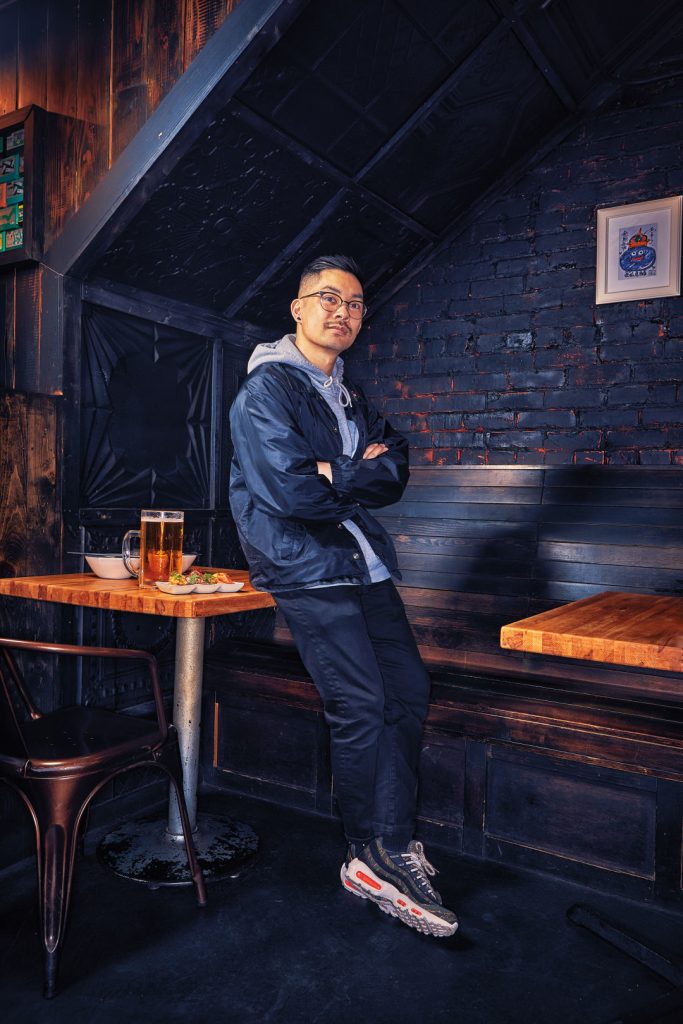 And now Seattle knows what both we and our dining guests have known for a while now:

Chef Ethan is the man.

“Cooking can be a lot like break dancing: originality is key and nailing the basics is nonnegotiable. At least that’s how Ethan Leung sees it. ‘There are all these foundations that breaking has that can be applied to cooking in a way.'”

And speaking of originality, we’ll bet you’ve never heard cooking described quite like that.

But that’s who Ethan is.

It’s what led him to work in upscale Australian restaurants perfecting his ramen craft.

Although thankfully for us, he found his way back to downtown Seattle.

And where all of those meet, that’s where you’ll find his cooking.

We’re talking about a guy who, before starting his first gig at a sushi restaurant, made flash cards of different types of sushi and quizzed himself for speed and accuracy to give himself that extra edge.

“Originality is key and nailing the basics is nonnegotiable.”

Take a look at our dinner menu.

A burger, fried chicken, salmon, a bowl of pasta.

The classics. But look a little closer.

Not just a tomato, lettuce, and some cheddar.

Or our pasta sheets, which sound basic enough, right?

Not when you add duck confit, radicchio, and Marcona almonds.

Nail the basics, but make it original.

It’s a recipe for delivering the unexpected, and a recipe we’re pretty fond of.

“Now Leung is the sous chef for Ben Paris, by far the best of Seattle’s new crop of hotel restaurants downtown, where he repurposes compost-bound Fresno chile bits into a versatile fermented hot sauce to top meticulously architected eggs or to punch up an aioli.”

Be original, precise, and unexpected; that’s how we’re changing what a hotel restaurant can be.

And it all starts with chefs like Ethan Leung.

So keep that name in mind.

Because you’ll be hearing it a lot more in the future.