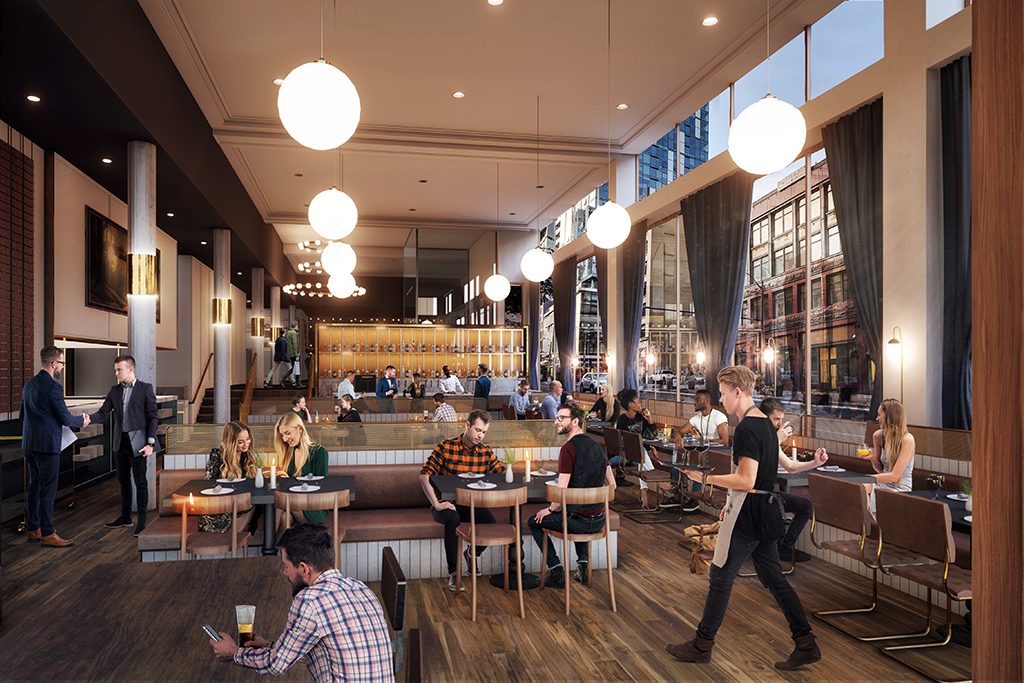 We took the historic Eitel Building, shook it up, and made it brand new again.

But that isn’t the only thing we’re shaking up.

It’s time to give the downtown dining scene a healthy shake too.

No, not some wild reincarnation of the man himself.

We’ll be a brand new restaurant and bar in his name, enhancing the Pike Place Market dining scene.

So why Ben Paris? What made him such a great guy that we would name our restaurant after him?

Benjamin M. Paris was a Seattleite businessman who lived in the early part of the 20th century.

He owned and operated a restaurant and bar in the basement of the original Eitel Building called Paris Cigars, Lunch & Cards.

He was a conservationist who was instrumental in getting a ban on large commercial salmon traps passed in Washington state.

And, in 1934, when he thought that he should be able to sell beer on Sundays (which was prohibited at the time), he took his case all the way to the Supreme Court.

And along with his ambition and adventurousness, he was also a people person.

You can see where we’re going with this…

At our Ben Paris, you can look forward to the same bold, friendly spirit, the same creativity, and the same drive to make incredible dishes and inspired cocktails for everyone.

The menu will be modern, but with the same warm, classic service that Ben himself enjoyed in his day.

Because, while we’ll be shaking things up downtown, some things are just timeless.

So join us in early 2019 for the newest addition downtown Seattle’s scene.

We’ll have a cocktail waiting for you.

The Holidays Are Here. Jolliness is Mandatory.