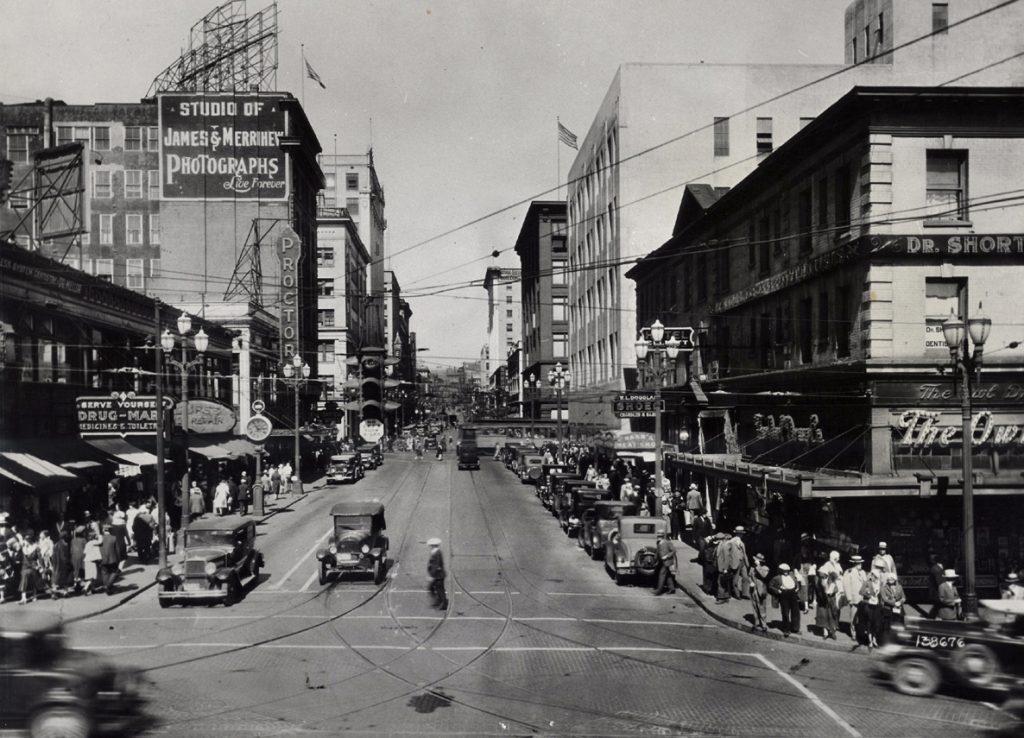 Our building dates back 114 years.

In 1904, the Eitel building debuted as the centerpiece of the new downtown Seattle landscape.

It’s safe to say a few things have changed since then.

That year, Seattle was a town of barely 90,000 people. Its entire population could fit inside CenturyLink and Safeco Field.

The city, famous for its “boom and bust” cycles, had shaken off its old identity of being a timber town, and was now a major stop for prospectors on their way to Alaska or the Yukon to get rich mining gold.

And with the prospectors came all of their need for amenities, provisions, and entertainment while stopping over in Seattle on their grand adventure.

Businesses shot up seemingly overnight at times, from lodging to outfitting to gambling to… “temporary companionship.”

With the influx new business came new structures. Buildings were all being built from stone and brick instead of wood; we weren’t going to make the same mistake we made in 1889.

Despite having only a fraction of today’s population, though, that population was growing.

New faces, families, and businesses were moving to the Northwest, chasing the promise of economic prosperity.

The buildings were getting taller and more plentiful, and one could expect the cityscape to look entirely different from what it did a decade earlier.

It was a time of optimism. So much so, that citizens often referred to the “Seattle Spirit,” a can-do attitude that allowed us to transform the city into what we know today.

Despite Seattle being a different world in 1904 from 2018, there’s some things that are bound to stay the same.

The same is true for us, too. New building, same Seattle Spirit.

So while it may look 1904 from a block away, we’re busy infusing 114 years of new style and comfort into every last room.

Out with the old, in with the new. Literally.

Here’s How to Experience Pike Place Market Like a Local

These Are the Five Bars Locals Won’t Tell You About

5 Ways to Get Your Fall on in Seattle